Charting the Costs and Benefits of Film Tax Credits in Massachusetts 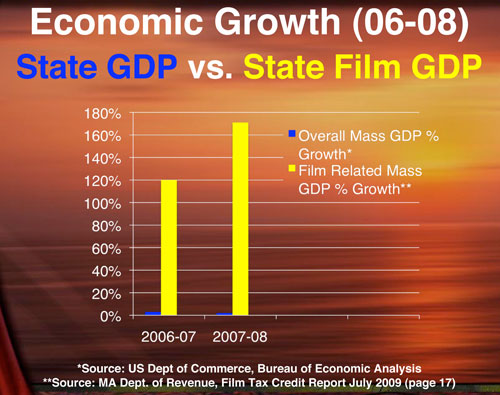 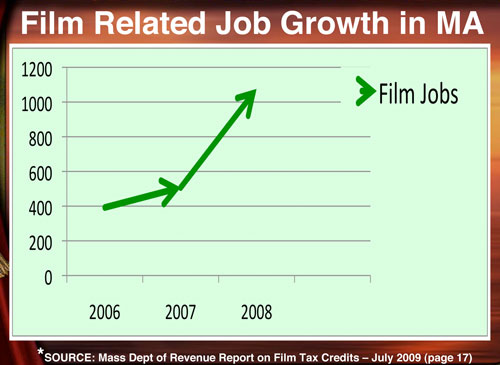 CHARTS 2 and 3: These charts plainly show that while the overall employment rate in Massachusetts (below) was either flat or declining, the number of film industry-related jobs (above) has been steadily increasing. 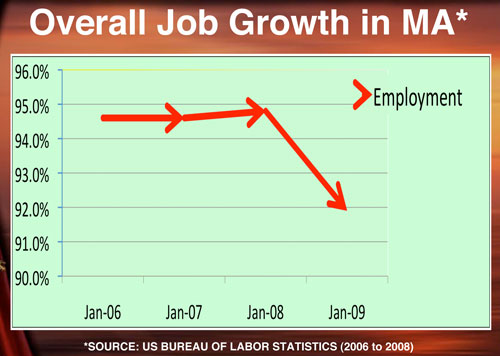 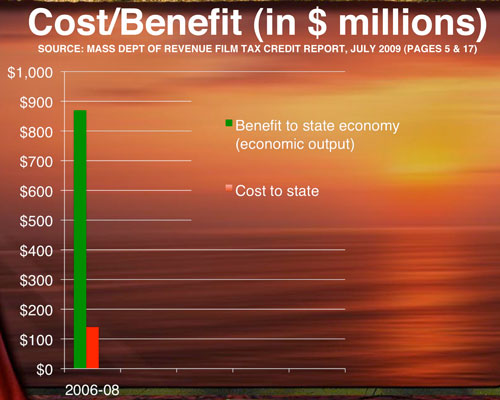 CHART 4: Here, we see that DOR’s 2009 measure of local economic benefit (economic output) is more than six times the cost of the credit. 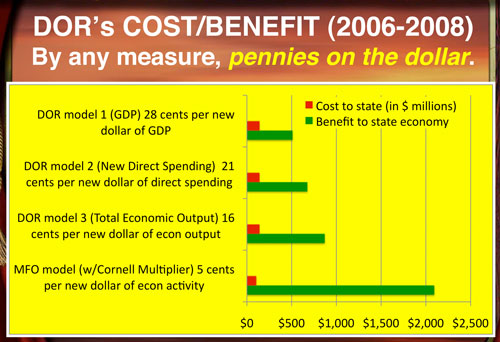 CHART 5: Finally, for those who feel that DOR’s estimate of local economic output (Chart 4 above) paints too rosy a picture, this last chart clearly demonstrates that—no matter which of DOR’s 2009 measures of local economic impact is used (GDP, New Direct Spending, or Economic Output)—the benefit of the film tax credit to the state’s economy (in green) always far outweighs its cost to taxpayers (in red).