THE PROPOSAL IS NUMBER ONE! 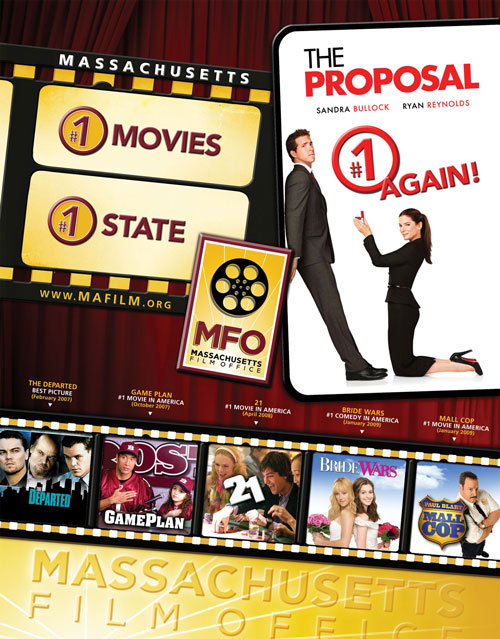 MFO full page Variety ad saluting THE PROPOSAL (made in Massachusetts) for being the number one movie in America during the week ending June 21, 2009. THE PROPOSAL joins a string of pictures shot in the Bay State–since THE DEPARTED won the Academy Award for Best Picture–which have soared to the top of the national box-office.

The 4th Taiwan Film Festival of Boston (TFFB) will take place on October 1st and 2nd 2022 at AMC Boston Common. The theme of this year’s film festival is “Crack and Light”, …

Made in MA “I Wanna Dance with Somebody” Official Trailer

Filmed in Massachusetts in 2021, discover the Whitney Houston you never knew in “I Wanna Dance with Somebody”, exclusively in movie theaters this December.