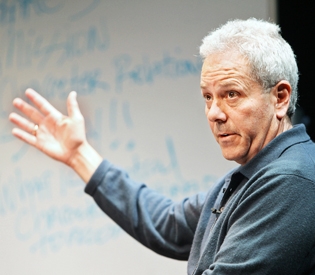 Tinseltown titan David Hoberman, who has produced six flicks in Massachusetts over the past 10 years, said the Bay State was on the right road to growing its movie-making business. But now, he’s not so sure.

“You can’t opt in and then out of offering film tax credits,” said the producer of “The Fighter” and “The Proposal,” referring to Gov. Deval Patrick’s plan to cap the film tax credit at $50 million – down from around $125 million.

(There’s also a bill before the Massachusetts Joint Committee on Revenue to cap film tax credits to a mere $7 million per production. Legislators will hear arguments on House Bill 3854 tomorrow morning.)

“You need to develop infrastructure and talent. It takes time for people to feel secure enough to stay in Massachusetts if they know there’s going to be work,” he said.

Hoberman thinks Hollywood could deal with a lower film tax credit if producers didn’t have to import in so much talent from California as Hoberman did last year for “The Proposal” and “The Fighter.”

And speaking of the Mark Wahlberg made-in-Lowell biopic of boxing champ “Irish” Micky Ward, Hoberman said the flick is on the card for release in the fall.
“I do believe the film has Golden Globe and Academy Award potential for its performances, so that’s why we’re releasing it then,” he said. “You always see a big influx of films released then because of the awards.”

Hoberman said he fell in love with the story of Ward and his down-and-out half-brother/trainer Dickie Eklund, played by Christian Bale, when the original writers brought their documentary to Hollywood oh so long ago.

“It was a fascinating project from the start because it’s a true story and all the people are still alive – which is rare,” he said. “The sisters, the mom, everyone was there running around. Some didn’t understand what we were doing, some appreciated it, some hated it. But I think that at the end of the day, what was depicted was honest and it shows that we all set out to make a really great film.”

File Under: The (Film) Fighter.