On the heels of yet another recent film shoot from a major television company, Somerville officials are considering putting together a definitive committee to handle the recent influx of Hollywood-types interested in coming to town.

Last week, a television film crew set up shop in Davis Square to shoot the ABC Family TV pilot “Terminales,” and as Somerville city leaders pointed out, they were not the first, or last, Hollywood-honchos to “view [Somerville] as a good film location.”

“The City is looking into establishing its own local Film Board to help manage the increasing requests,” according to Somerville’s ResiStat website, which brings data-driven discussions and decision-making to local residents. “Once that happens, SomerStat will look into tracking film dollars that flow into the City economy—just as the Film Office measures this on the state level.”

According to the Massachusetts Film Office, the state agency charged with assisting movie-making and filming, interest in shooting here is on the rise and it brings significant financial benefits to the Bay State.

In a recent press release from the MFO, officials said Massachusetts also ranked in the top 10 locations worldwide for film production in the country.

In 2011, the feature films shot in the Commonwealth generated $222 million in spending from production companies, according to Department of Revenue estimates.

The arrival of “Terminales” isn’t the first major production to make its mark in Somerville—or the state, for that matter—either.

As ResiStat points out, “The Makeover” with Julia Stiles and “The Heat” with Sandra Bullock also both filmed in Somerville recently.

“We seem to be getting more inquiries and the crews tell us it’s because they love the City, the residents and businesses are welcoming, and they enjoy contributing to the local scene,” said Somerville Deputy Director of Communications Jackie Rossetti in a statement. “They also like our infrastructure and buildings.”
Outside of Somerville, some recent television shows were filmed in Boston, too, and will be airing in 2013.

On February 27, TNT will start playing episodes of “Boston’s Finest,” a cop-reality show that highlights the men and women in blue uniforms here in the Hub.

The unscripted series, which is produced by Donnie Wahlberg, will show behind the scenes events revolved around the city’s officers, detectives, SWAT and Gang Units. 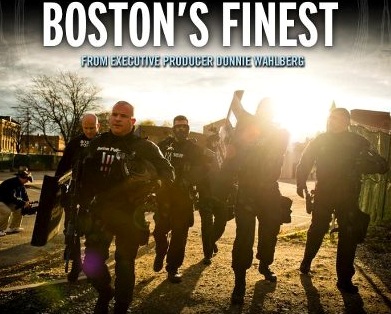 It will also look at the personal lives of those on the force.

Wahlberg’s well-known brother, Mark Wahlberg, also has a show coming out soon that is based in Boston and will be featured on national news channel A&E.

Dubbed “Teamsters,” that show will give viewers a first hand glimpse of the Hub’s Teamsters Local 25 union members.

Boston’s version of “Jersey Shore” has also been on location. Recently, film crews were spotted at Hurricane O’Reilly’s.

Of course, there is also Boston’s slew of gangster-themed films we have hosted over the years, which is helping the Indie film-making crowd secure a spot in the Hub.