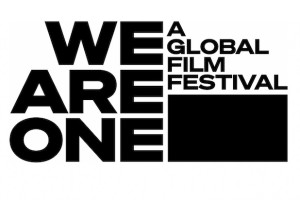 We Are One: A Global Film Festival, a 10-day collaboration between 21 different international festivals that will bring features and short films to YouTube for 10 days of free programming, has announced a lineup of 31 features and 72 short films from 35 different countries. The free online festival will also include television and VR programs and a series of conversations with figures including Jackie Chan, Guillermo del Toro, Bong Joon Ho and Francis Ford Coppola.

We Are One was spearheaded by the Tribeca Enterprises in the wake of that festival’s postponement this year. The online festival will begin airing on YouTube on Friday, May 29.

The films were programmed by nearly two dozen different festivals, including the Cannes, Venice, Berlin, Toronto, Sundance and New York Film Festivals. About half the festivals selected both features and shorts, though Cannes and the New York Film Festival submitted only short films, while Toronto, Macao, Tokyo and Berlin submitted only features and Locarno is responsible only for two special presentations of programs at their 2019 festival.

The feature films include two world premieres: “The Iron Hammer,” a documentary by Joan Chen about Chinese volleyball legend “Jenny” Lang Ping; and “Wake Up: Stories From the Frontline of Suicide Prevention,” in which director Nate Townsend looks at the issue of suicide prevention from the perspective of veterans, students, gun owners and the LGBT community.

Another 10 films are online premieres, including Cherien Dabis’ 2009 drama “Amreeka”; Josh Swade’s “Ricky Powell: The Individualist,” about the New York street photographer; the Ugandan action movie “Crazy World” (with a new scene exclusive to We Are One); Ulrike Ottinger’s 1979 German drama “Ticket of No Return”; and the 2014 anthology film “Bridges of Sarajevo.”

The shorts program includes 10 of the 11 films that competed in the Cinefondation section at last year’s Cannes Film Festival, including the winner of the Short Film Palme d’Or, “The Distance Between Us and the Sky.” It also includes “Atlantiques,” the 2009 documentary by Mati Diop that led to her 2019 Oscar-nominated feature “Atlantics”; “Forever’s Gonna Start Tonight,” a 2011 short by “Never Rarely Sometimes Always” director Eliza Hittman; “Motorcycle Drive By,” a short documentary about Third Eye Blind; as well as three shorts by DreamWorks Animation, “Bilby,” “Bird Karma” and “Marooned.”

Television programming consists of episodes of new programs from Israel, Australia, the Czech Republic and the U.S.A., which is represented by Grace Lee and Marjan Safinia’s “And She Could Be Next,” which follows women of color running in the 2018 midterm elections.

The full festival schedule is available at www.weareoneglobalfestival.com.