Production Update Magazine (P3), in the July 2010 issue, announced its annual list of America’s “Top Ten” states for film production. For the third time since 2007, Massachusetts made the list — this year joining Connecticut as one of only two states in the northeast to earn that distinction. Connecticut offers filmmakers a 30% tax credit. The Massachusetts credit stands at 25%. Massachusetts has also appeared on other industry “top ten” lists including; MovieMaker Magazine (Jan 2010), The Los Angeles Daily Journal (May 2009), and the Motion Picture Association of America (April 2009).

P3 does not rank-order the states which appear on their annual “top ten” list. 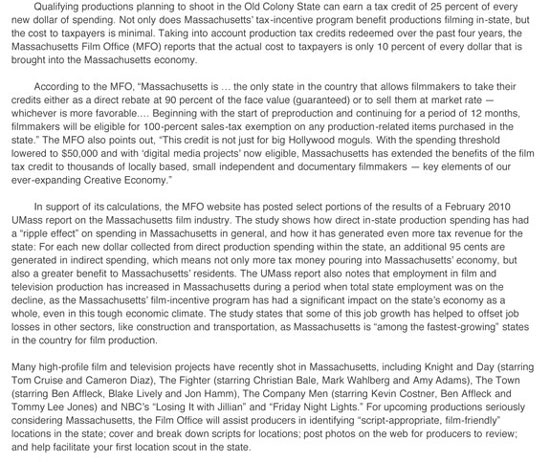