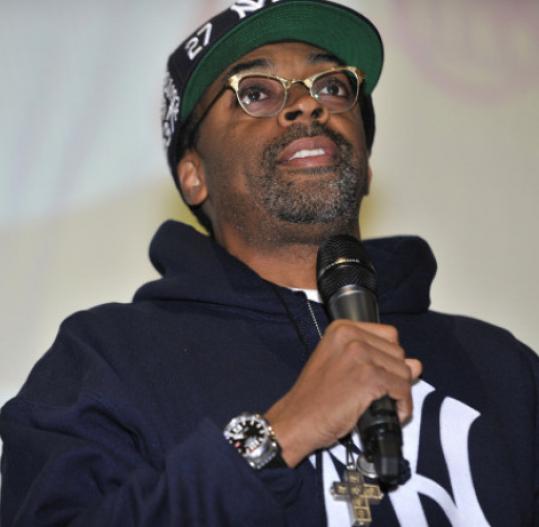 (Photo by Josh Reynolds for The Boston Globe)

“Do the Right Thing’’ director Spike Lee was at BU yesterday, where he talked about life, work, and the way films can effect social change. Lee has made two documentaries about Hurricane Katrina and its aftermath: “When the Levees Broke: A Requiem in Four Acts’’ and “If God Is Willing and da Creek Don’t Rise.’’ Decked out in Yankees gear, Lee no doubt made it to a TV in time for last night’s playoff game against the Twins.