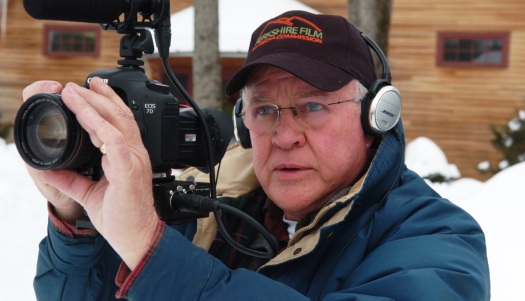 Visionary filmmaker, innovator and entrepreneur, Douglas Trumbull, has been selected by the VES Board of Directors as the recipient of the 2012 Georges Méliès Award. The award will be presented at the 10th Annual VES Awards, which will be held at the Beverly Hilton Hotel in Beverly Hills on February 7, 2012.

The Georges Méliès Award honors individuals who have “pioneered a significant and lasting contribution to the art and/or science of the visual effects industry by a way of artistry, invention and groundbreaking work.” Douglas Trumbull is the embodiment of this award as someone whose early career included pioneering work in 1968 as one of four effects supervisors in 2001: A SPACE ODDYSEY. He subsequently influenced movie goers around the world with stunning visual effects in films such as THE ANDROMEDA STRAIN, CLOSE ENCOUNTERS OF THE THIRD KIND, STAR TREK: THE MOTION PICTURE, and BLADE RUNNER. In addition, Trumbull directed the feature films SILENT RUNNING and BRAINSTORM. He has directed numerous Expo and special venue films, videos and attractions, including BACK TO THE FUTURE – The Ride.

“Doug Trumbull is a leading light in the field of visual effects and technology,” said VES Chair Jeffrey A. Okun. “He is an innovator in all things entertainment and equally important is his genius for re-imagining the impossible into a compelling visual that not only has never been seen before but also goes to the heart of the storytelling. We are seriously honored to know and work with him,” added Okun.

“It is truly an honor to receive the Georges Méliès Award from the Visual Effects Society,” said Trumbull. “My philosophy is that everything in a movie is an illusion of some kind, and I am very excited that the industry today is now embracing 3D, higher frame rates, and other opportunities that can expand the movie-going experience, and deliver to audiences the kind of immersive and other-worldly images that we in the VES can provide. The role of the VES at this time could not be more important, and I am very grateful to receive this astonishing recognition” he added.

Trumbull has been the recipient of the American Society of Cinematographer’s Lifetime Achievement Award, and has recently been selected by his peers as a VES Fellow of the Visual Effects Society (only the third to receive this distinction).