Best Places to Live and Work as a Moviemaker in 2014

It’s MovieMaker’s 2014 edition of the Best Places to Live and Work as a Moviemaker! We’re counting down through our Top 10 Big Cities, Top 5 Small Cities, and Top 5 Towns—releasing one location a day for the entire month of January. The full list, published in MovieMaker‘s Winter 2014 issue, will be available on newsstands January 28.

Unlike previous years where locations were pitted against each other in a single pool, this year we separated the list into three distinct categories: Big Cities (pop. 500,000 and up), Small Cities (pop. 100,000 to 500,000), and Towns (pop. 100,000 and under). After months of research, interviews, and mathematical formulas, we boiled the rankings down to the essential elements. All locations were rated according to six criteria: Film Production in 2013 (shooting days, number of productions, dollars generated), Film Community and Culture (film schools, festivals, independent theaters, film organizations), Access to Equipment and Facilities, Tax Incentives, Cost of Living, and a General category that included lifestyle, weather, and transportation. Did your place of choice make the list? If not, maybe you should choose again if you’re serious about rooting yourself in a location that’s conducive to your career and life goals – or drop us a comment proposing a place we overlooked this year!

Thanks largely to the influence of Ben Affleck, Matt Damon, Mark Wahlberg, and a few other talented filmmakers, the presence of Boston on the big screen has never been more noticeable. Starting with Good Will Hunting (1997) and running through the last decade, some of the most compelling and memorable films have emerged from the city proper, capturing its heart and soul: The Boondock Saints, Mystic River, Gone Baby Gone, The Town, The Social Network, The Fighter, Labor Day, and of course, Martin Scorsese’s Oscar-winning masterpiece, The Departed. 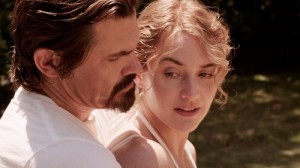 As one of the oldest cities in the US, Boston, Massachusetts is divided into 21 diverse neighborhoods, with Irish and Italian influence, and deeply rooted in American history. After all, it’s the birthplace of the American Revolution—the Boston Massacre, Boston Tea Party, Battle of Bunker Hill, etc. Boston is also a city of many firsts: the site of the first public school, the first subway system and the oldest park in the US (Boston Common). A world leader in innovation, there are more than 100 colleges and universities in town, many with film schools, like Boston University, Boston College, Brandeis, Clark, and Harvard. Take your pick. 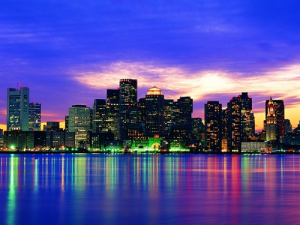 Under the Massachusetts Film Office and Boston Film Bureau, filmmakers may receive several tax incentives, including a 25 percent production credit on a $50K minimum spend (no project cap or residency requirements) and a 25 percent payroll credit and a sales tax exemption. Even though Boston has one of the highest costs of living in the US, you can’t beat the uniqueness of its culture, language (Boston English), architecture, community, and place in history.

For more information about filming in Boston, visit the Massachusetts Film Office.

Check back every day for the rest of January to see what other places made the list!