Leo pulls no punches in praising ‘The Fighter’ 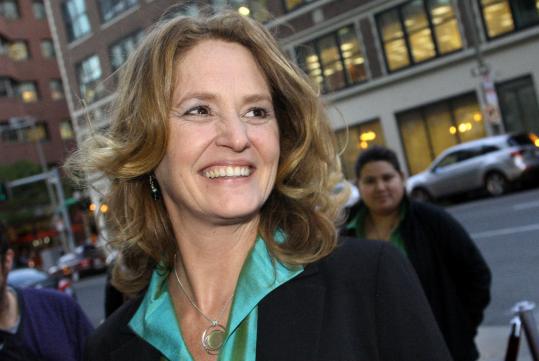 Actress Melissa Leo isn’t prone to hyperbole, so when she says “The Fighter’’ is a “great motion picture,’’ she means it. Leo, who plays Micky Ward’s mom in director David O. Russell’s biopic of the Lowell-bred boxer, says the movie is beyond memorable. (“The Fighter’’ is due out in December.)

“I was blown away from the first frame. It is mighty fantastic,’’ she told us yesterday. “I wouldn’t say that, I couldn’t say that, if I didn’t think so. I would say something pleasant and nice.’’

Leo was honored last night at the Boston Film Festival, which is screening two of her films, “Conviction’’ and “Welcome to the Rileys.’’ The Oscar-nominated actress said it was a treat — and a challenge — to play Alice Ward, the mother of Micky and eight other children.

Is 'The Town' Oscar-Bound After Box-Office Win?